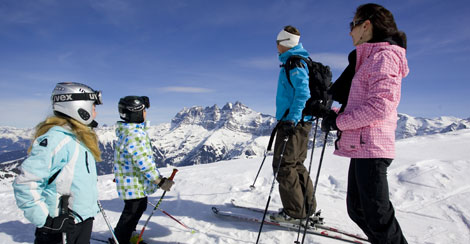 Chatel village is full of traditional alpine chalets and surrounded by pine trees, benefiting for being on the south facing slope at the top of the Abondance valley ensuring great views of the surrounding mountains and plenty of winter sunshine.

Although not a ski in/out resort this slight drawback is more than made up for by the stunning location and ambiance of the village. Most people agree that the short transfer back to the village is well worth it because you get to spend the rest of the day enjoying the beautiful surroundings.

The village possesses a top selection of traditional French restaurants, a diverse range of bars with a great après ski atmosphere and live music nights, plus late night bowling or nightclubbing.

Of course all of your shopping needs are catered for too, plenty of ski shops, a range of souvenir shops, plus a selection of specialty food shops so you can stock up on Savoyarde sausages & cheese. All within strolling distance of our ski chalet.

If you wish learn more about the traditions and culture of the village there are regular events organized throughout the week by the Chatel tourist office.

The Portes du Soleil is the largest linked ski area in Europe! 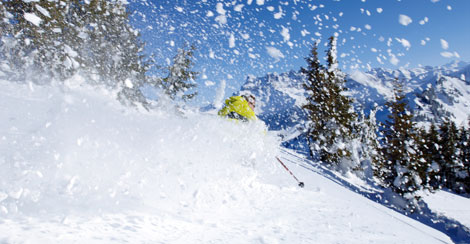 Chatel is positioned on the border of France / Switzerland and surrounded by the Portes du Soleil ski area, one of the largest linked ski domains in Europe.

Comprising of 12 resorts on either side of the border, you can ski between the resorts of Avoriaz, Morzine, Les Gets, Morgins, Champéry and more.

All the while taking in the fantastic mountain vistas, from the local ranges of the Dents du Midi & Dents Blanches, views down across to Lake Geneva and further to the south the majestic summit of Mont Blanc.

The spread of pistes available allow you to have a different ski adventure each day as you explore the whole ski area, there’s certainly no need to stick with the same pistes all holiday.

In addition to the downhill skiing there are plenty of other winter activities to try in Chatel.

As part of the massive Portes du Soleil ski domain, you can purchase a Chatel Ski Pass or a full Portes du Soleil Ski Pass. Usually for everyone but beginner skiers the full pass is most suitable because it offers a huge amount of extra skiing for a small extra cost.

The Chatel ski pass covers both the Super-Chatel and Pré-la-Joux areas which since 2015 are linked by chair-lifts.

The main area is a natural bowl area which is popular with beginner skiers because there are several slow and short button lifts on gentle slopes, allowing for gradual confidence building.

Venturing further afield out of the bowl you'll find more challenging reds and a few blues, and most of the lifts are drag lifts so not somewhere a beginner snowboarder may enjoy. Rarely as busy as the main area, therefore often worth spending a day exploring the quiet slopes which often give views all the way down to Lake Geneva. Especially on very busy days or on powder days when the tree lined runs help with visability.

It's fantastic intermediate / advanced play area, loads of reds and blues served by express lifts packed into a relatively small area. Most lifts have several variations of pistes to descend allowing interesting varied skiing without have to travel too far.

Plus for the adventurous types the off-piste skiing is amazing, and again all served by express lifts. There is an incredible variety of descents possible from the lifts and the terrain is so interesting its possible to ski the same lift for hours but with different lines.

Maybe not as famous as some of the big areas further south in the Alps, but that translates to not as busy. With over 650kms of marked pistes, this area is enough to keep anyone occupied and excited about skiing no matter what level.

The highest and central point of the domain, everyone passes through at some point in their stay. All fast express lifts and even though it can get busy the queues are rarely too massive. Once up the mountain you're presented with great variety of runs from blue to black, plenty for all abilities and groups.

Freestylers are particularly well looked after with parks, boarder cross and 2 half pipes. "The Stash" a giant 100% natural snow playground created in conjunction with Burton, a wooded slope offering multiple routes down and punctuated for wooden obstacles.

At the far side of the ski domain from Chatel this area is best explored on a 'day out', so you have the time to explore the area, have lunch and still have time to get back to Chatel. There are numerous superb pistes in this huge area with some of the best views of Mont Blanc.

Finally the Swiss side, another vast expance of skiing. Spreading from Avoriaz slopes all the way back to Morgins from where its possible to join to Super-Chatel allowing a big circuit of the Portes du Soleil. Including an opportunity to ski down the 'Swiss Wall' as you drop over the border, a famous black mogul field, not for the faint hearted. Multiple lift improvements have improved the whole area, often very quiet and peaceful with stunning views of the Dents du Midi mountain range. 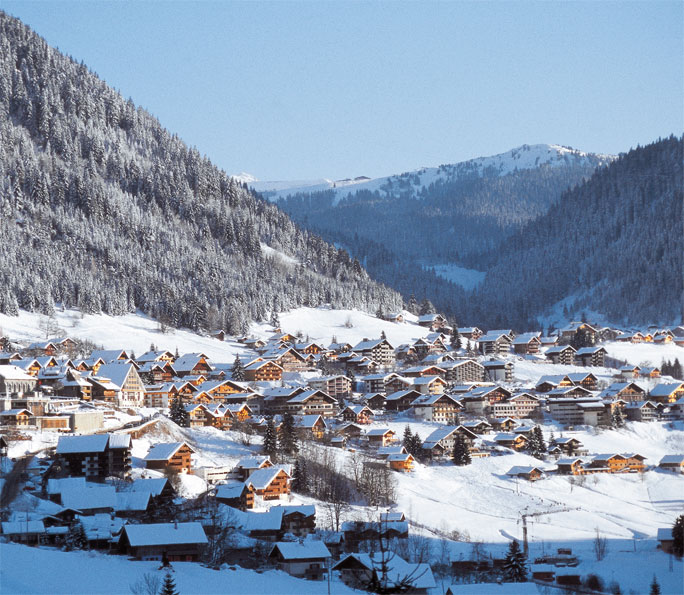 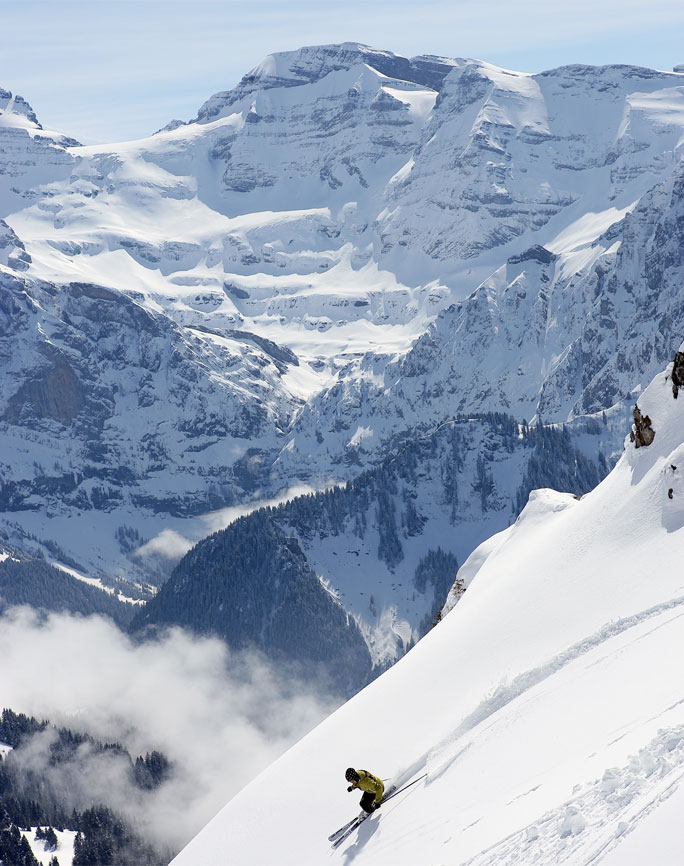 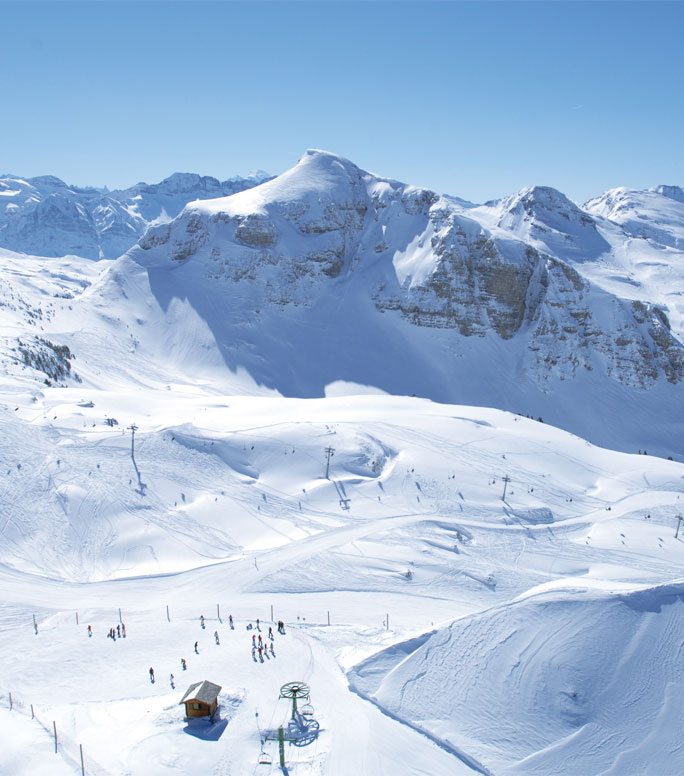 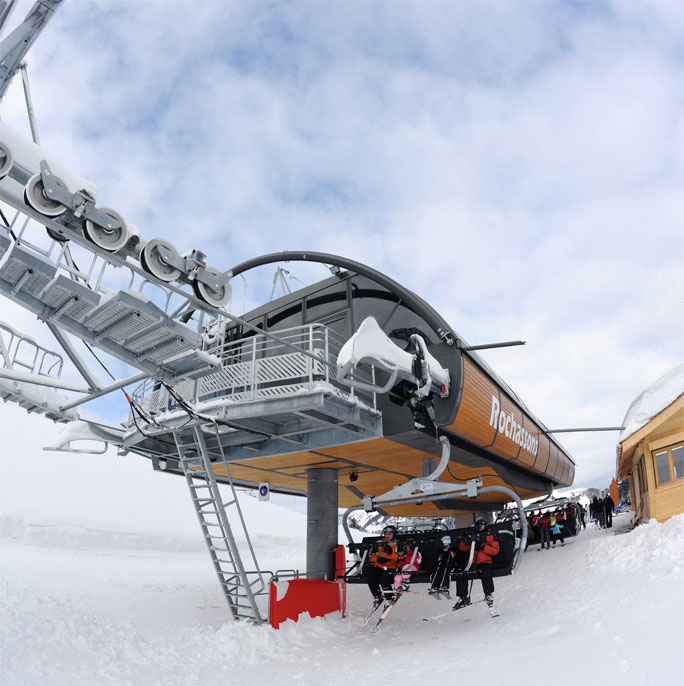 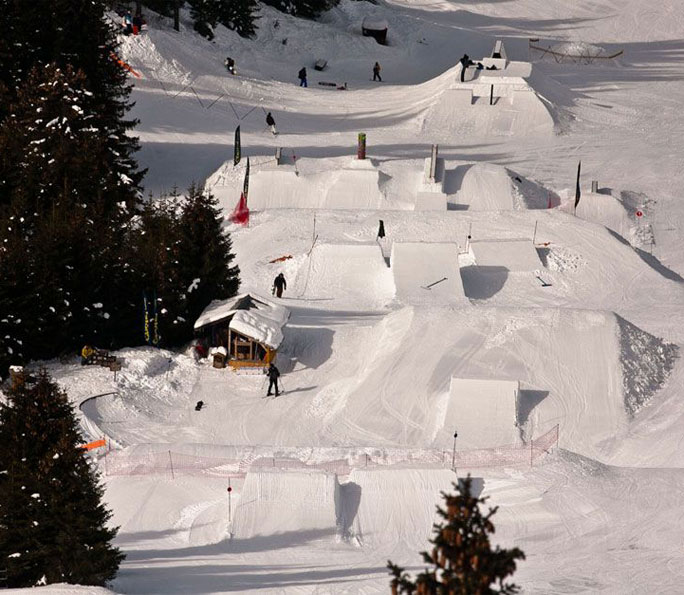 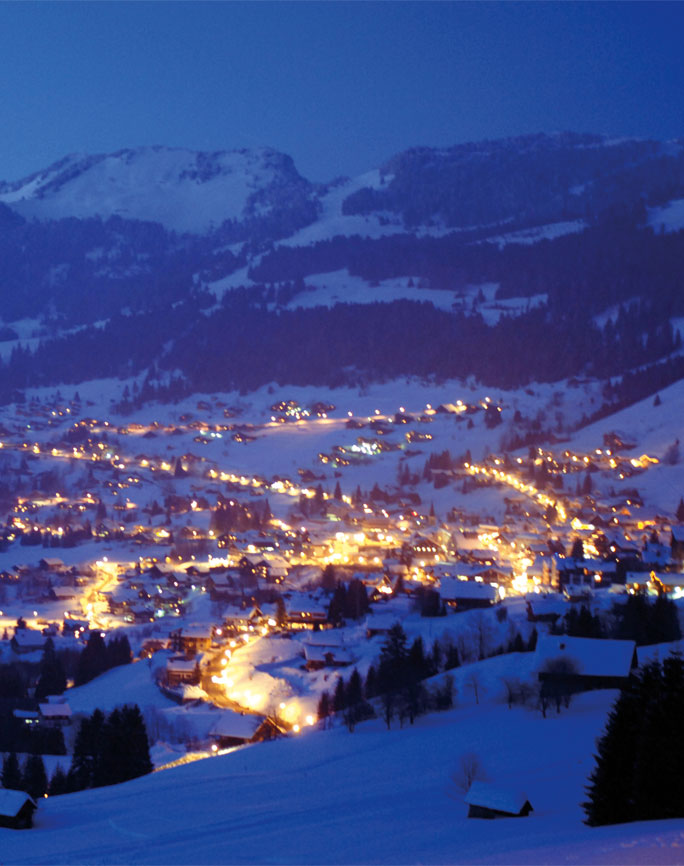